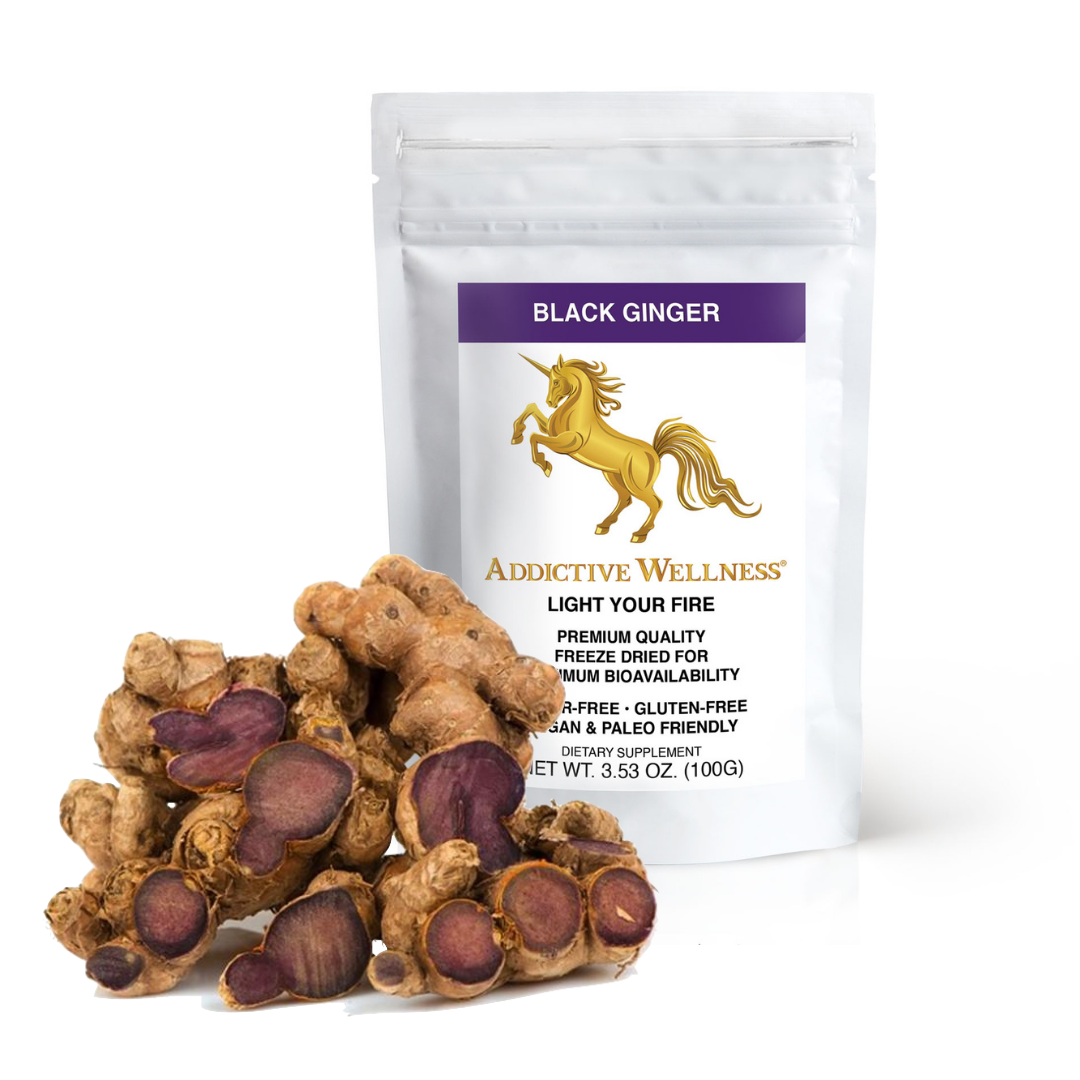 Black Ginger is an adaptogen that has been used in the traditional Thai herbal system for over 1,000 years. It is very popular amongst adult men, especially athletes and May Thai fighters for it's effects on physical performance.  It is widely known by many names, including Thai Ginseng, Krachai Dum, and Kaempferia parviflora.

In animal research, the polymethoxyflavones in black ginger have been found to improve endurance, stamina and grip strength as well as increasing mitochondria.

Mitochondria are ancient bacteria responsible for producing ATP (pure cellular energy) in all your cells. Improvements in mitochondria effectively give all your cells more energy to work with, allowing them to do their jobs better.

Further research on black ginger in this area found that it improved GLUT4 levels, which is responsible for absorbing glucose into cells, thus improving how the cell uses energy. More energy means more mitochondria and more mitochondria mean more energy can be made.

Black ginger also acts as a vasodilator, improving circulation throughout the body. This delivers not only romantic benefits, but also benefits for exercise performance.

Astragalus is the root of a flowering plant and is one of the elite Qi tonics in the Taoist herbal system. Qi refers to moment-to-moment active vitality, energy, immune function and cognitive function.

Some also interpret the concept of Qi as the body's ability to extract energy from the air you breathe and the food you eat. Ginseng is the most famous Qi tonic, but astragalus is generally considered superior to ginseng for young people.

In animal research, astragalus has been found to improve exercise performance and have anti-fatigue effects.

But in a fascinating  study conducted on the Polish Rowing Team in 2021, Astragalus was found to counteract this effect and normalize immune response after training. 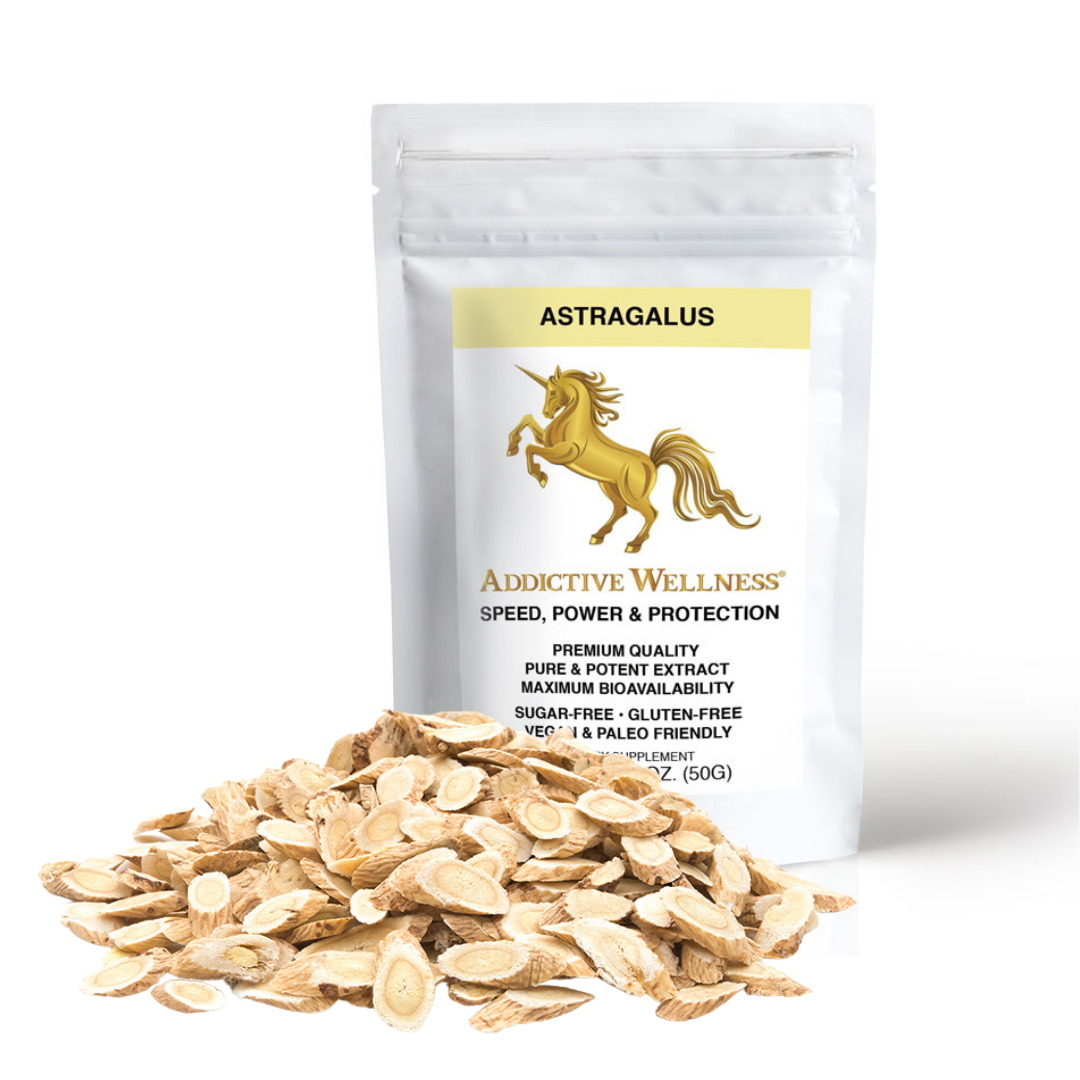 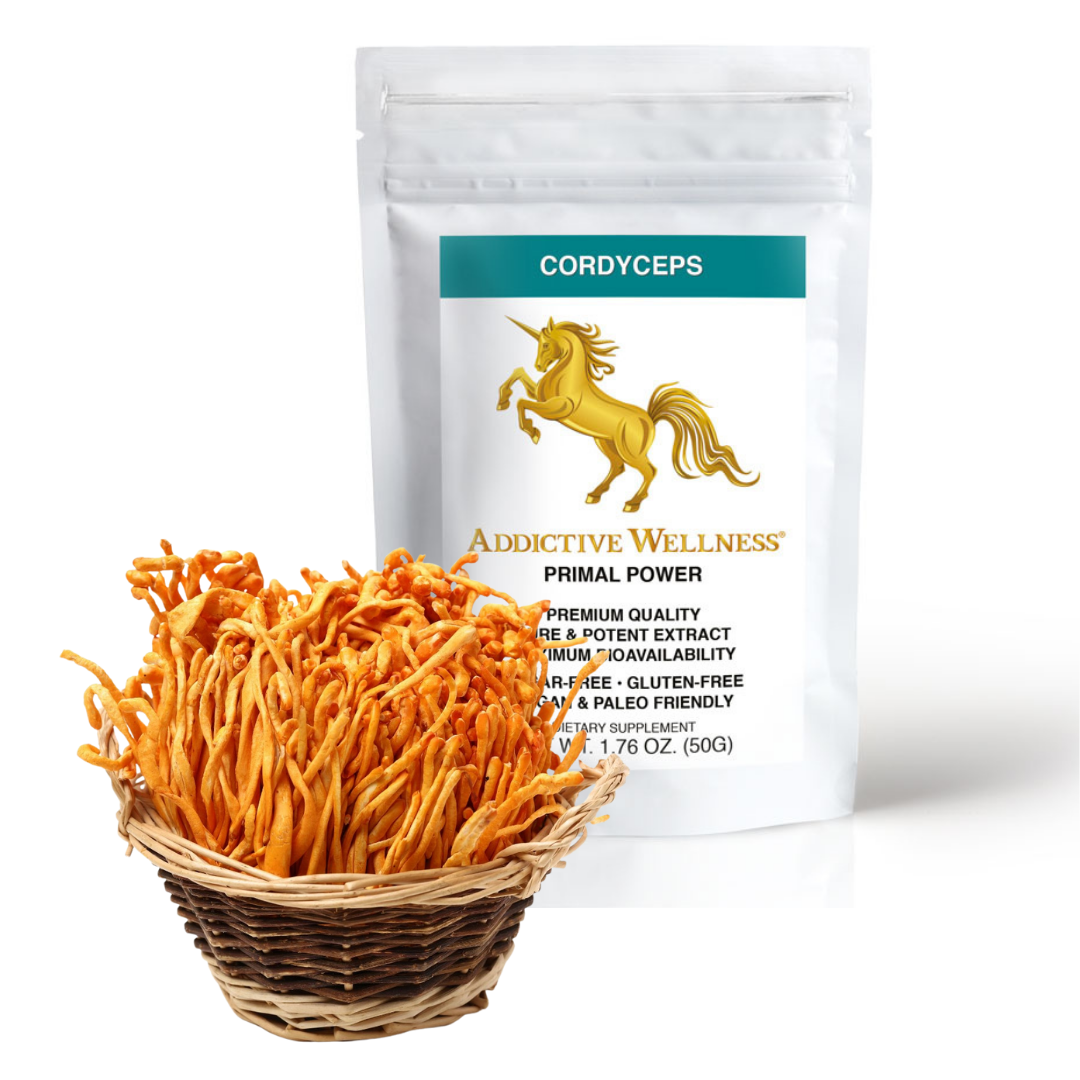 Cordyceps gained worldwide fame in the early 90s when female Chinese runners were dominating in international competition and suspected of using performance enhancing drugs... but it tuns out they were just using Cordyceps!

Cordyceps has been found to improve tolerance to high intensity exercise and also improve the way the body uses oxygen, both during normal daily life, but especially during exercise.

The main active compound in Cordyceps is cordycepin, which has been found to benefit ATP production, providing all of the body's cells with more energy to work with.

Research in animal models also indicates that Cordyceps increase testosterone synthesis in a way that suggests it possesses testosterone regulatory properties rather than simply causing a blind spike of testosterone.

This is important for both men and women. Though women require far less testosterone than males, having correct levels of this hormone is vitally important for drive, energy, libido, and the strength of muscles and bones.